Exploring the archaeology of Bangladesh through Wiki Loves Monuments 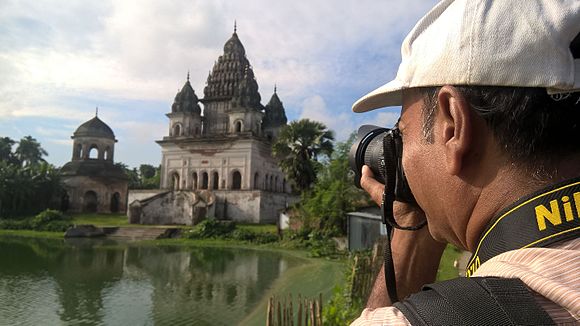 Bangladesh took part in the international Wiki loves monuments photography competition for the first time in 2016. Wikimedia Bangladesh, in association with 7 photography groups from around the country organized the month-long photographic competition. The topic of WLM Contest was archaeological sites and buildings of Bangladesh.

The press coverage about the event in local online and print media helped get more participation from around the country. After a month-long competition during September 2016, a total of 204 Bangladeshi participants uploaded more than 7000+ freely licensed photographs of 270+ different archaeological monuments and sites in Wikimedia Commons. Among all the participants, 10% of them were women, a participation rate which is more than that of any other previous Wikimedia related competitions held in Bangladesh. Though it is still the early days, about 22% of all the photographs uploaded in the contest are now being used in Wikimedia projects.

Once a city during Muslim period, has turned into ruins of archaeology, inPanchbibi Upazila, Rajshahi, Bangladesh. Photo by Kaabir, freely licensed under CC-BY-SA 4.0..

Before this competition, there were only a handful of archaeological buildings and sites of Bangladesh that had photographs available on the internet and those sites & buildings were mostly from major cities and localities, let alone the availability of freely licensed photographs. The competition turned the situation into a better state. As people from various regions and districts participated in the competition, many of the less known archaeological sites were photographed alongside the better known ones.

We also noticed, during this competition, that there is a great lacking in the availability of valuable information on the internet about the archaeological sites of Bangladesh. To address this unavailability, Wikimedia Bangladesh organized an article writing contest in the Bengali Wikipedia. This article writing contest was held in parallel with the WLM photography contest and resulted in adding 178 new articles about the archaeological sites of Bangladesh. As there were hardly any information online, participants collected information from books, journals and hard copies to produce the articles.

This way, WLM acted as a unique opportunity for comprehensive documentation of the archaeology of Bangladesh along with creation of quality articles in the Wikipedia for the generations to come.